The hunting castle in Bilje was erected in the 18th century by Austrian military leader Prince Eugene of Savoy. He was granted the land by tsar Leopold as a token of his gratitude for the victories he won over the Turks. The castle is insufficiently explored in historical and architectonic terms, its park is hardly mentioned in literature while certain statements about the time the castle had been build cannot be considered reliable. The architect of this castle is also being speculated, with Austrian architect Johann Lucas Hildebrandt being mentioned, also known as the architect of Vienna’s Belvedere Castle. The castle in Bilje is situated on the edge of the swampy and alluvial area of Kopački rit. Its shields resemble the Renaissance protection, in other words the late medieval and Renaissance lowland burgs. The park occupies about eight hectares and in 1824 the castle was surrounded by plum orchard and forest, only later to be transformed into the park. As a part of the edifice, a court chapel dedicated to Mother of God was erected in 1720. Until the parish church was built, it acted as a parish chapel. The castle was renovated in 1974 and it also used to be the seat of the Work Organization for Hunting named »Jelen« (deer). Today, the Hunting Court houses a part of Croatian Forests Ltd as well as the Management of Public Institution of Kopaèki rit Nature Park. At its basement, an exhibition gallery “Eugene of Savoy” has been set up. 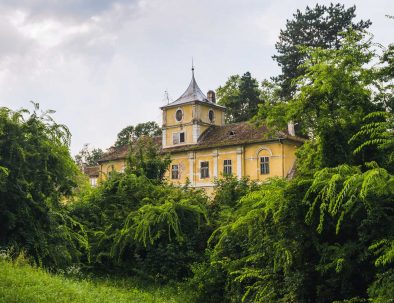 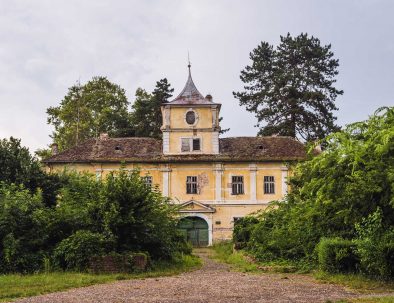 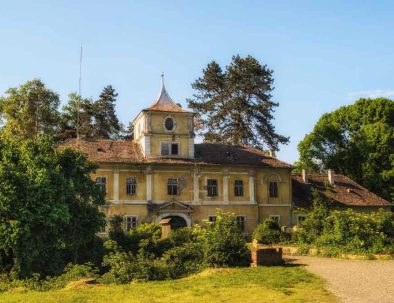